These days, purchasing stuff online has been made easier and time efficient. That’s why I’m really disappointed that Lazada.ph‘s shipping services have gone from bad to worst. I used to be able to buy items from them and just pay COD. Now that service is no longer available for my area. They used to ship my orders via LBC, a shipping company whose services I’ve always been happy about. Now, they’ve switched to 2go and let me tell you, that company has the worst customer service ever!

I’ve called 2go every single time I have packages coming and I always get the same frustrating response. They keep me on hold for more than 5 minutes and for someone using a mobile phone, that’s costly. My emails to their FB and Contact Us page have gone ignored and despite several complaints to Lazada.ph, they have continued to use this courier, much to my disappointment.

A couple of years back, I ordered a power bank from Groupon. They used 2go as the courier and it took them three whole weeks to deliver the item to my address in Cebu. I know for a fact that Groupon shipped the item on time because I made follow ups and I even checked the dates on the package itself.

Two weeks ago, my friend bought a gift for my little boy from Lazada.ph. 2go was again delayed and they didn’t even deliver the bike to my address because their delivery guy was not around. I had to have the huge box picked up from their office which was a huge inconvenience!

Today, I tracked another order via 2go’s website and it showed that the package is “Out for Delivery” since August 1. It’s been 7 days and there have been no updates from them. Again, I’ve sent an email to Lazada.ph but I’m pretty sure they’ll just give me their standard apology but still not do anything about it. Below is a screenshot that I took of 2go’s website showing the status of my latest package:

In this day and age when competition is getting tougher and tougher for online businesses, providing reliable and consistent service to clients is important. For the past three years, I’ve been a regular customer of Lazada.ph and I must admit, they offer great prices. Their items are high quality but the fact that their courier is always delayed makes me seriously consider taking my business elsewhere. It probably won’t affect them that much but knowing that I’ll be spared from all the headaches is enough for me.

Today marks the 1st anniversary of me being single. I’m celebrating it because:

Haha! That last one came out of nowhere and try as I might, I cannot bring myself to delete it. Mwehehe!! 😀

Seriously, though. They say that a pregnant woman should never make life changing decisions because her hormones are wreaking havoc on her brain. I say there are exceptions. Because I’m pretty sure that if I didn’t make the decision that made me single exactly one year ago, my son’s health would have been in jeopardy. 6 months into my pregnancy I was diagnosed with Mitral Valve Prolapse. Such condition wouldn’t have tolerated the daily screamfest I used to have with the boy’s father. And it certainly wouldn’t have tolerated me being left alone often, while he goes out & satisfies his need to drink & be merry until the wee hours of the morning.

Back then, I felt that my son needed me to be his mom. I had to step up or I was going to lose him. So I made a choice, and I’ve never looked back.

People have called me bitter for deciding to cut the father off completely after I gave birth. Others have questioned how his absence will affect SEAN. I’ve thought about that, a thousand times, over and over again. And I’ve come to the following conclusions:

I know that I will never be able to fulfill the role of a good father. But the thing is, I’m here for my boy, EVERY SINGLE DAY. Yes, there are days when I wish I didn’t have to get up to change diapers or give a wriggling baby a bath. Sometimes, I scream into my pillow whenever my son cries for me for the nth time.  But still, I get up and pick him up with the brightest smile I could muster. I do it because I’m his mother and I love him. A father should be able to do the same. Or at least try.

To end this post on a positive note, I’m very grateful that I have such loving parents who are more than willing to forego their retirement from child-rearing duties just to be able to help me raise my son. From day one, they have been nothing but supportive. Over the years, I’ve given them a lot of heartbreaks and not once have they raised their hands in surrender. Now, every time I see them with SEAN, I feel at peace. My son may not have the father that he deserves, but he sure does have the best MAMA (granny) and PAPA (gramps) in the whole wide world. Oh and let’s not forget an uncle who dotes on him, since Day 1.

And because of that, tomorrow, as soon as I get off work, I’m making my favorite no-bake dessert, Mango Float. Stay tuned 🙂

Two days ago I was looking for an easy Banana Bread recipe and I came across this blog. On impulse, I decided to try and make her version as soon as I got off work so I could enjoy a freshly baked slice for breakfast:

Here’s how mine looked like fresh from the oven:

These were great tasting, especially when paired with hot coffee. I probably should have added more sugar (I cut the amount suggested in the recipe in half) and used less bananas but all in all, I’m pretty happy with this first try. The whole kitchen smelled so good and the crunch that the pecans lend to every moist slice of my easy banana bread is heaven! Next bread on my list is the Filipino favorite PAN DE SAL 🙂 Do watch out for it.

Thanks for checking out my Easy Banana Bread Recipe post.

When my son’s first month rolled around, I was too exhausted to even think about baking a cake. Fast forward to his 3rd and 4th month when I decided to get him a store bought one. Alas, the choices I found at the nearest bakery were simply too sweet & well..store bought looking! Right there and then I made up my mind to go back to the original plan of baking a cake at least once every month, for special occasions & Sean’s milestones.

Since then I’ve never looked back. For every special occasion in our family & Sean’s monthly birthdates, I’ve managed to try a new cake recipe and I’m proud to say that my creations have been met with much enthusiasm.

Since today is my maternal grandmother’s 3rd death anniversary, I decided I’d bake something with our all time favorite fruit — sweet & juicy, yellow mangoes.

Here’s my tropical beauty, before and after a garnish of cubed & pureed fresh mangoes:

I’m happy to note that my cheesecake didn’t crack on my first try. The gash that you see on the first picture is where I inserted the thermometer to make sure it’s done. As soon as I turned off the oven, I propped the door open and let the cake cool for 1 hour. Then I put it in the fridge after making sure the sides didn’t stick to the springform pan that I used. I didn’t have to do a water bath for this recipe which made me so happy because it was almost midnight when I started working on this cake & I had to be up early in the morning to visit my Lola’s grave. It was a surprisingly easy bake and a good one, if I do say so myself 🙂

This cheesecake is so dense and creamy one slice is all I can eat in a week! Actually, this is not a surprise because I’ve long since accepted that cheesecakes are not my thing.I mean, I like them well enough but if I have to choose between a pecan custard filled Chocolate Cake and any kind of Cheesecake (even blueberry), I’d pick the former without thinking twice, no matter how nice or how appealing the latter’s presentation is.

That being said, I’d probably not be making this cake again unless someone from my family specifically asks for it. It’s yummy, make no mistake about that but definitely not something that EVERYONE in our home loves. It’s an acquired taste, I guess, much like yoghurt or caviar.

As for other Mango based pastries, well I’m certainly not done with them. Our entire family loves mangoes, we eat them everyday and even the little one adores snacking on them. So yes, there will certainly be more mango themed goodies to be found here in the coming days 🙂

How about you? Do you have a favorite fruit that you always add to your go-to cake recipes? Do share, I’d love to check them out and perhaps try making them at home for our family’s next special occasion 🙂

This blog is all about:
- our little boy
- books
- movies
- baking & cooking
- post pregnancy fitness
and everything else that makes life a worthwhile adventure. 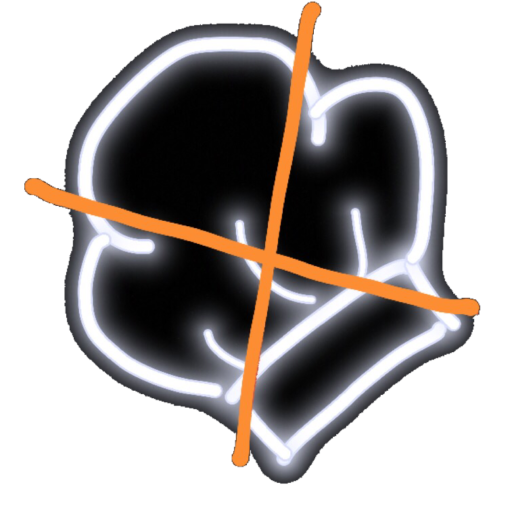 Love & Fiction
foodlikecake
The Not So Creative Cook
the pauses between

the personal blog of a brown-eyed libran from tropical philippines. now shivering under the melbourne sun.